The union representation of film professionals within ver.di (trade union) is organised via the so-called Filmunion. In order to be closer to the members, there are regional groups, that arrange regular meetings at the media centres Berlin, Hamburg, Cologne and Munich.

The current collective agreement for film and television professionals employed for the duration of the production (TV FFS), negotiated between the producer’s alliance Allianz Deutsche Produzenten – Film & Fernsehen e.V. and the trade union ver.di can be found here (PDF in German)

If an employee is not employed under the collective agreement – or under worse conditions – the 10-hour maximum of the Working Hours Act applies automatically! In case the producer lets you work longer anyway, he commits an offense and can be charged by the Gewerbeaufsichtsamt (trade supervisory board) or the professional association BGETEM (occupational safety). 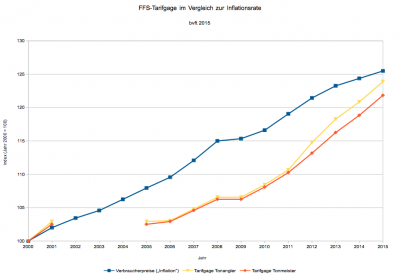 If the increase in standard fees is put into relation to the inflation rate, it becomes clear that in the years 2011-2015, a somewhat higher trade may have been achieved, but that there is a lot to catch up to in comparison to the fee situation at the turn of the millennium.