The professional field of creative sound engineering jobs has grown significantly over the years. At the same time, it has seen a differentiation into various professional areas. Thus, profession titles are being used with different meanings and in different contexts.

The term „sound designer“, for instance, can refer to people in the industry who design the sound of breaking crackers or the indicator sound of a sports car for the industry. In film sound, some use the term for the person designing spectacular sound effects, such as the sound of a fictitious lightsaber in a science fiction film. More generally, it refers to the person who acts in dialogue with the production, has a „vision“ of how the film is supposed to

Similarly, the title „sound mixer“ is also used in different ways by various media segments (PA for music/radio/film/TV) and is not legally protected.

The goal and purpose of these “Job profiles in film sound” is to clarify the terminology and provide an extensive as well as precise description and distinction of the scope of activities of the numerous professions in film sound. To

this end, reformulating and updating is necessary: the process of contemporary filmmaking and the digitalisation of working materials have spawned new workflows and hierarchies as well as a shift in creative responsibilities.

As a consequence of these innovations, film sound design can no longer be regarded the job of the sound mixer alone, but is rather carried out by many, often highly specialised film sound professionals according to the respective production phase (shooting-editing-dubbing-mixing).

In the field of film and television production, several functionally different fields of activity can be distinguished and attributed to the current standard profession titles: 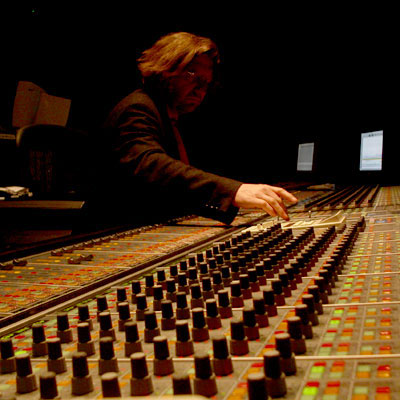 All professions mentioned can be carried out as an employee on a permanent basis or on a freelancer-basis (provider of services with a contract) in studios, in broadcasting agencies and for production companies.